Bruce Willis diagnosed with aphasia: The science behind the disorder 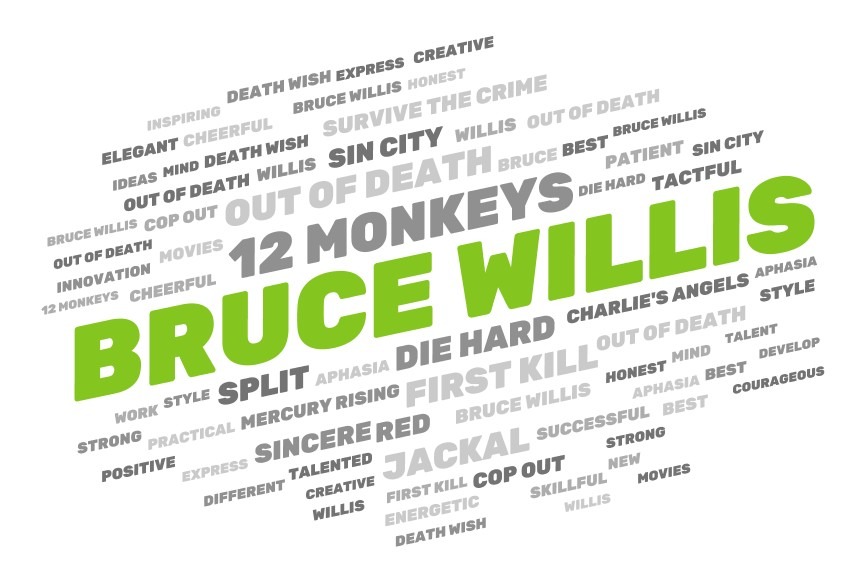 Bruce Willis diagnosed with aphasia: The science behind the disorder

Here’s why Willis may be having speech and comprehension difficulties.

Actor Bruce Willis, whose one-liners are a mainstay of blockbuster action movies, is stepping away from his career due to a diagnosis of aphasia, a neurological disorder that impacts language and speech, according to news reports.

Willis’ family said on social media that the actor was having “cognitive” issues due to his recent diagnosis. The disorder stems from damage to the language part of your brain, typically the left side, according to Johns Hopkins Medicine (opens in new tab). That damage can be the result of stroke, head injury, a brain tumour, some sort of infection or dementia. Symptoms — which involve difficulty with speech and comprehension — can come on suddenly after a stroke or head trauma, or gradually as a result of brain tumour or progressive disease.

“To Bruce’s amazing supporters, as a family we wanted to share that our beloved Bruce has been experiencing some health issues and has recently been diagnosed with aphasia, which is impacting his cognitive abilities,” his ex-wife and fellow actor Demi Moore said in a statement on Instagram(opens in new tab). “As a result of this and with much consideration Bruce is stepping away from the career that has meant so much to him.”

There are two broad categories of aphasia, called fluent and non-fluent; within these categories are different groups distinguished both by the area damaged and by symptoms. The most common type of non-fluent aphasia is called Broca aphasia, which occurs when a part of the frontal lobe, typically on the left side, is damaged, according to Johns Hopkins Medicine. Symptoms of Broca aphasia — also called expressive aphasia — include speech issues in which the person eliminates certain words from their language and talks in short sentences; a person with this disorder can generally understand some of what others are saying. However, because Broca aphasia stems from damage to the front part of the brain, it can impact movements, leading to weakness or paralysis on the right side of the body.

So-called global aphasia occurs when a large part of the language-dominant side of the brain gets damaged. Global aphasia can lead to severe difficulty speaking or comprehending language.

There are no reports on which type Willis, who turned 67 this year, has been diagnosed with nor whether he had a stroke that led to the aphasia. However, aphasia is generally diagnosed in middle-age or later, though it can occur in young children. About 1 million individuals in the U.S. currently have aphasia, according to the National Institute on Deafness and other Communication Disorders.  Treatment can include speech therapy as well training to use communication aids that enable a person to “speak” via pictures, gestures and even electronic devices, according to the NIDCD.

Jeanna is the editor-in-chief of Live Science. Previously, she was an assistant editor at Scholastic’s Science World magazine. Jeanna has an English degree from Salisbury University, a master’s degree in biogeochemistry and environmental sciences from the University of Maryland, and a graduate science journalism degree from New York University. She has worked as a biologist in Florida, where she monitored wetlands and did field surveys for endangered species. She also received an ocean sciences journalism fellowship from Woods Hole Oceanographic Institution.

For more on this subject, also read

This site uses Akismet to reduce spam. Learn how your comment data is processed.